A downloadable game for Windows

You are a traveling painter, exploring the island of Eastshade. Capture the world on canvas using your artist’s easel. Talk to the inhabitants to learn about their lives. Make friends and help those in need. Discover mysteries and uncover secrets about the land. Surmount natural impasses to reach forgotten places. Experience how your actions impact the world around you.

In order to download this game you must purchase it at or above the minimum price of $24.99 USD. You will get access to the following files:

It's a pitty that there is no discount here on black friday. :-(

Are there any plans for it to ever go on sale here? I'd rather give a higher fraction to the authors - but the Steam sales are tempting.

In love with Eastshade thanks to

Great game love the art direction, pace and exploration as well as gathering of materials in order to paint which gives you incentive to work for a goal rather than just wandering around aimlessly...

My only issue is the performance, as I have an AMD Ryzen 9 3900x and an RTX 3090 yet I still get dips in the 50s, but I blame that on the Unity engine more than anything as that engine is notorious for its un-optimized performance!

Tried on steam so I'd be able to get a refund just in case since I went into it not really sure if it was going to be my thing.

Actually turns out I loved it! Until the invisible walls quickly drove me insane.  As someone who has played many open world games there really isn't much else that damages the flow and feel more then not being able to walk or jump somewhere that you should be able to.

I'd recommend taking a page from obduction's book and just letting people run around everywhere they can get to with a quick and easy option to get unstuck when they fall out in the cracks.

I'll keep an eye on the Dev log when/if the invisible wall mayhem is taken care of I'll try the game again.

Still no chance to get a Steam key when buying the game on itch?

Thank you for a wonderful experience.

Reply
A Crown of Moths3 years ago(+1)

I'm a bit late to the party, but this game is an absolute delight, definitely my favourite game of the year so far. Thank you for making something really wonderful and I hope it's doing well!

Disclaimer: I haven't finished yet, I'm probably around 8 hours in.

This game is wonderful, it's fully and well voiced, it has a beautiful art direction (obviously for such a concept), it has really nice characters with pretty deep narratives (K&K and surroundings was such a fresh approach to conflict within video game narrative design for instance), it throws me back to some Oblivion feels (which is one of my favourite games ever), it's actually full of content (I didn't expect as much), and it has a nice and subtle sense of humour.

It has literally one downside (and I decided not to take it into account in my rating): performance and stability are pretty terrible. I think I counted something like a dozen crashes in a day's worth of playing (at least it autosaves on every conversation, otherwise I'd have cried a lot). As for performance, I keep getting hitches and low framerates on decent hardware, and my friends who've played the game report the same problems.

EDIT: I've finished the game and I have to reiterate, this game is brilliant. After some updates by the devs, the game isn't as buggy and poor performing as it used to be. I simply cannot wait to see more, I'm hooked :)

I bought this game the day it was released (on steam), I'm not sure if I'm allowed to share this here but thought I'd try anyway as I'm doing a series based on this amazing game. This is not a game to be rushed through, there's so much to explore with awesome visuals and music. The characters all have their own unique personalities and add so much more to the storyline. I am completely in love with this game and cannot recommend it high enough if your considering buying it!

Congratulations Eastshade Studios devs on releasing Eastshade! I've been curious about this game and this world ever since I experienced Leaving Lyndow and now it is here, and it looks amazing. I'm looking forward to buying & playing it soon.

(edit, I actually bought Eastshade on Steam recently and it really is wonderful... a peaceful, delightfully beautiful and lively world. I even posted a map I put together on the Steam guides section for the game.)

I streamed my first 1.5 hours knowing pretty much nothing about the game other than seeing the teams excitement about the release via twitter this week. I felt very immersed and am invested in the world and story now. I would love to title and sign my paintings in the game.

It is interesting how when I gave away my first painting which I made experimenting with the controls and was not very attached to, it was easy. When someone else wanted a painting which I spent more effort in creating and was fond of, I could not part with it. I do not know how artists can sell their originals.

I am emotionally attached to my original paintings in your world. That is a design feat in itself.

Holy crap this looks gorgeous. Any chance you're doing press keys? No worries if not, just thought it was worth asking :) 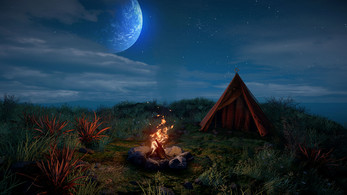 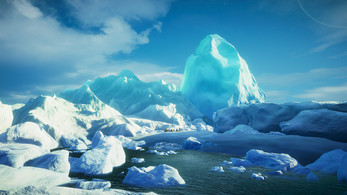 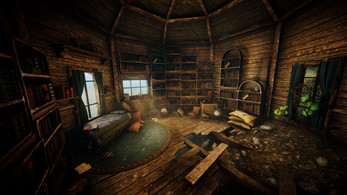 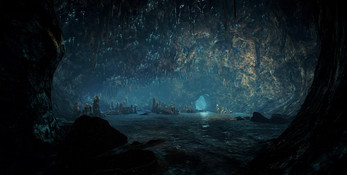 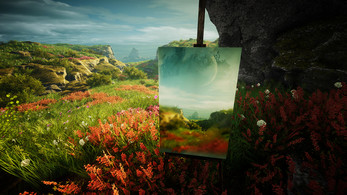 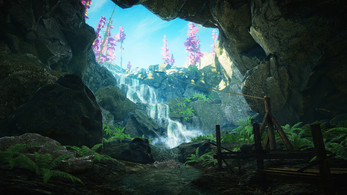 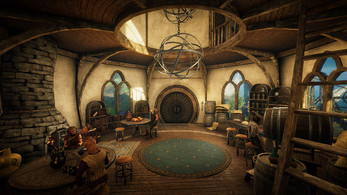 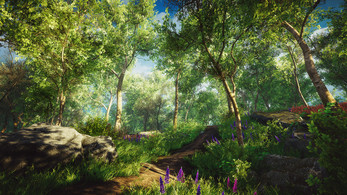